As August itself is said by many to be the “Sunday” of the Summertime, August poses a unique dilemma in and of itself; “Is someone born in this month supposed to pick between two birthstones”? The month of August, known primarily for the astrological season of Leo, uniquely boasts two birthstones; Peridot and Sardonyx. Maybe it’s not too much of a coincidence that just like Leos themselves, both stones hold a majestic premonition. As a fire sign, Leos hold a unique, striking form of charisma. 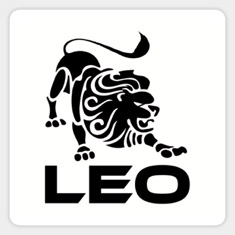 A Peridot is as rich in its olive green color as it is in the history and religions of a wide variety of cultures and countries. Hindu priests have been known to use peridot in their practices as a means of opening the Heart Chakra. A widely-accepted superstition of peridot is that it causes things like love, wealth, and luck to increase in its presence. Wearers of the stone are said to be protected from harm while their good fortune increases. Peridot is only found in nature in its well-known green hue. 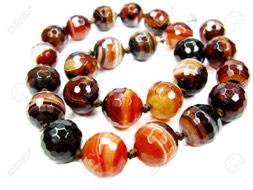 A Sardonyx, like Leo’s themselves, is composed of many different layers. Considered to have the strongest personalities of the entire zodiac, Leo’s passion can often lead them to be mistaken for some as far too intense. Composed of sard and several different types of onyx, the calming colors of sardonyx have been observed to calm to these lion-like characteristics. Similar to Peridot, Sardonyx has been known to have healing properties and act as a form of protection. Both stones also nurture wisdom and knowledge seeking. 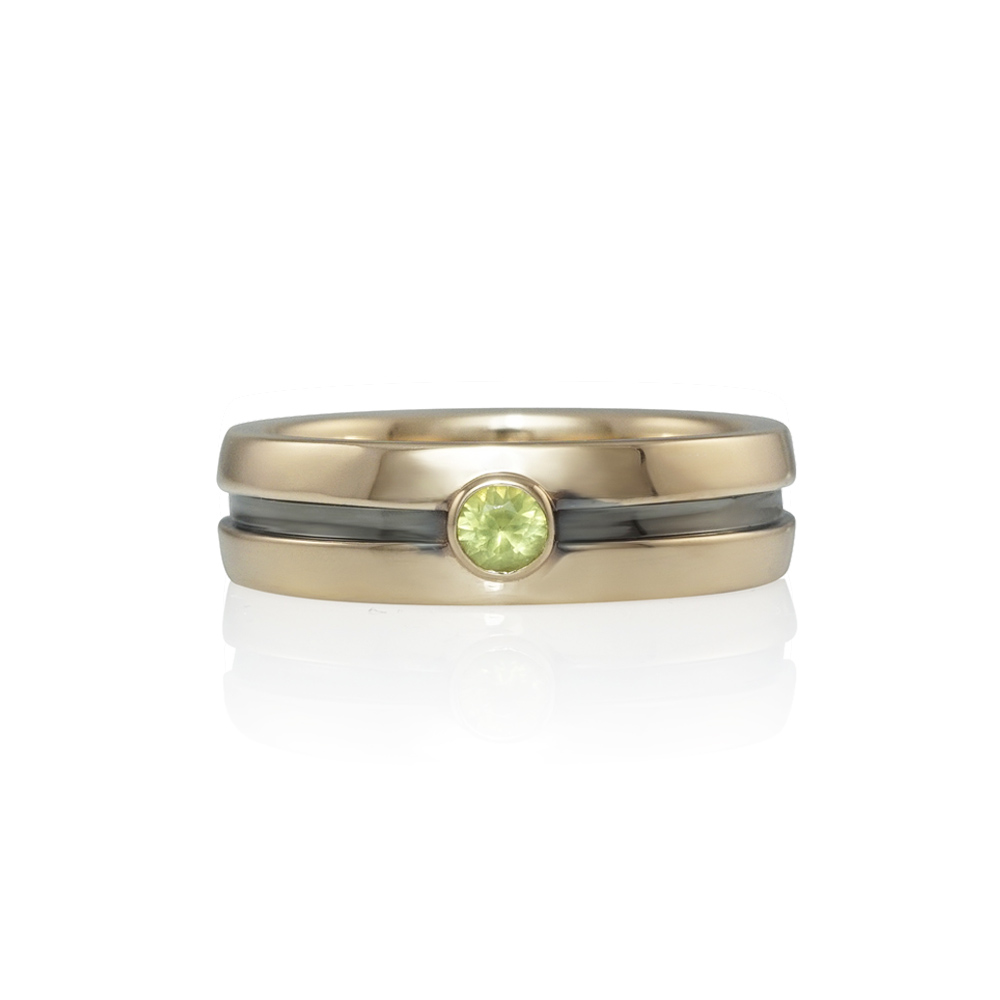 Peridot is primarily known as a birthstone but has been featured in more modern times as a unique addition to a wedding band. At Cynthia Britt Custom Jewelry, Cynthia has carefully applied her jewelry-making expertise to the formation of a meticulously crafted wedding band. Cynthia’s craftsmanship demonstrates that gemstones are not just for women. This unique men’s ring features a gold band with a peridot bezel, and a black rhodium center. It is a sophisticated and majestic as any Leo. 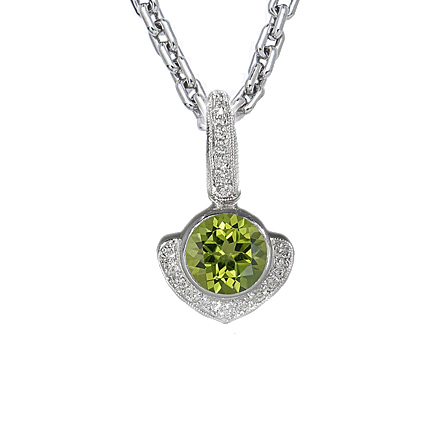 Cynthia has also utilized peridots in the creation of a necklace featuring what she has aptly named the kiss pendant. Surrounded by diamonds and set in sterling silver, this necklace holds true to the healing and protective properties of peridot while also showcasing the spirit of the Leo in a majestic, sophisticated design. A small version without diamonds holds its own next to its counterpart.

Looking for inspiration for a birthstone related gift? Click here to see Cynthia’s other magnificent designs, or set up an appointment to get that special someone a gift custom made just for them.

Making a ring is truly magical. It goes through many... END_OF_DOCUMENT_TOKEN_TO_BE_REPLACED