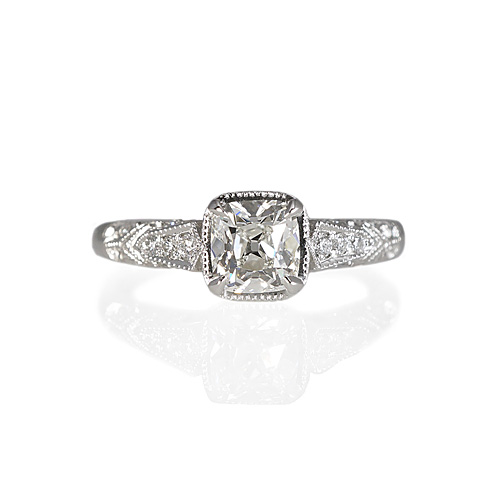 Jillian’s fiancé came in looking for an old mine cut diamond. He had been to a few stores but hadn’t seen a beautiful diamond that he would be proud to give nor he had seen a setting that would be suitable for what he had in mind for Jillian.

He was looking for a setting that was antique inspired and had hand engraving. Something very unique and romantic. So the first step was to find a beautiful diamond. I brought in a few old mine cut diamonds and old European cut diamonds for Jillian’s fiancé to look at and choose from. They were older diamonds that were re-cut, re-polished and certified by GIA.

To learn about old mine cuts and old European cuts, read my previous blog post “Old European Cut Diamonds, What to know“.  From the selection that I had brought in, Jillian’s fiancé picked a beautiful 0.80 carat old mine cut diamond. Here’s an image of the chosen diamond: 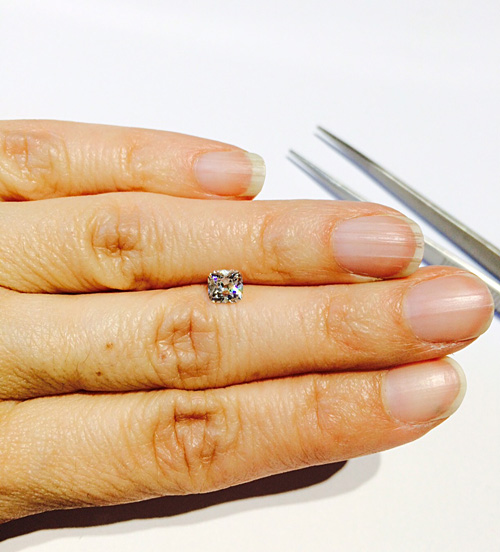 Everything starts from the center and I believe the center stone does the talking. Now that I knew what diamond I was working with,  I sketched two designs that captured the characteristics that Jillian’s fiancé was looking for and that would complement Jillian’s style and her hand shape based on the images that I had. He picked one of the designs with a modification to it. I modified the sketch to capture his idea and re-sent it to him.  Once he approved it, I started making the ring.

Here is an image of the ring after it was pre-polished and ready to have its diamonds set. 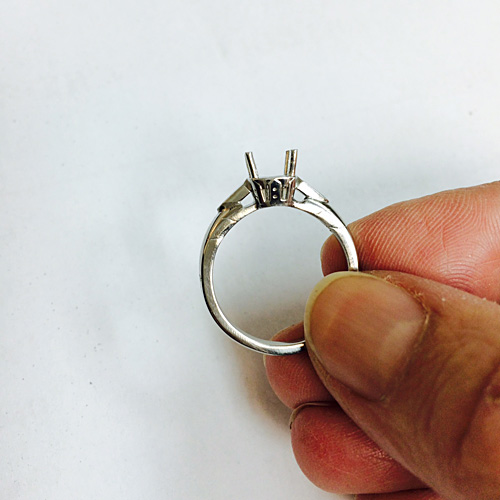 The part that I modified is the bridge that sits on top of the band and connects the band to the center section. I created a kite shape which was often used in older pieces and had it pave set with round brilliant cut diamonds.

Here are images of Jillian Antique Look engagement ring after it was completed. 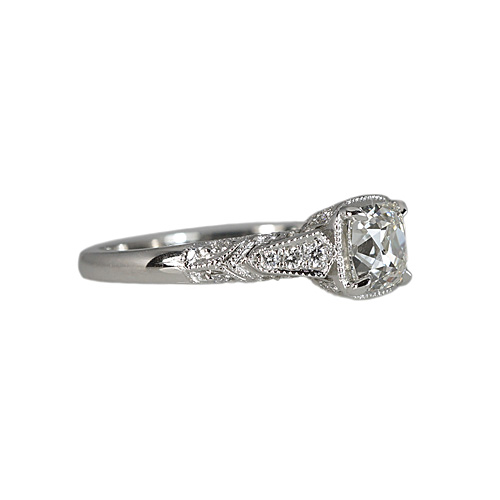 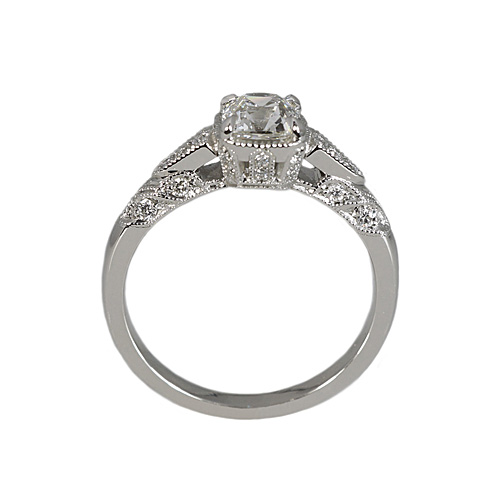 Jillian’s fiancé surprised her with her romantic engagement ring. Congratulations to a beautiful couple!

Making a ring is truly magical. It goes through many... END_OF_DOCUMENT_TOKEN_TO_BE_REPLACED