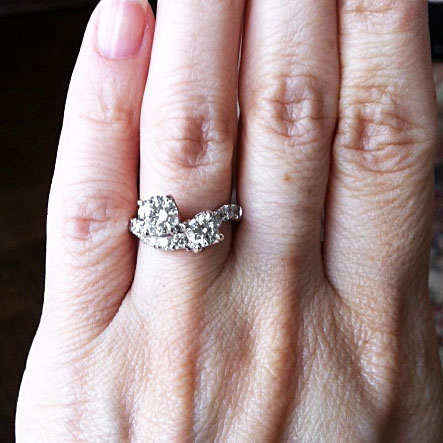 More than two months ago, a young and very artistic man came to have a non traditional engagement ring custom made for his girlfriend.  He brought a few images of rings that have non traditional band with curves.  The look was to be very dynamic with a lot of movement and flow in the design.  The design also had to incorporate two larger round brilliant cut diamonds with some smaller diamonds as accent. I first drew a few designs that were in his description with the band curving on the finger and the two diamonds set in a completely non-traditional way.  He picked one of the designs and I started carving the wax.

I’m not even going to put the image of the sketch because I changed it so many times as I was carving it.  It was one of those rings, with an idea that I had in my mind, but as I carved the wax it evolved.  I decided to carve the band section while wearing the ring so I can give it a beautiful wave shape that would drape on the finger.  Once I was done with the band, I started making two separate baskets in the shape of a lotus flower.  Here’s an image with the waxes casted into white gold and the ring is in pieces: 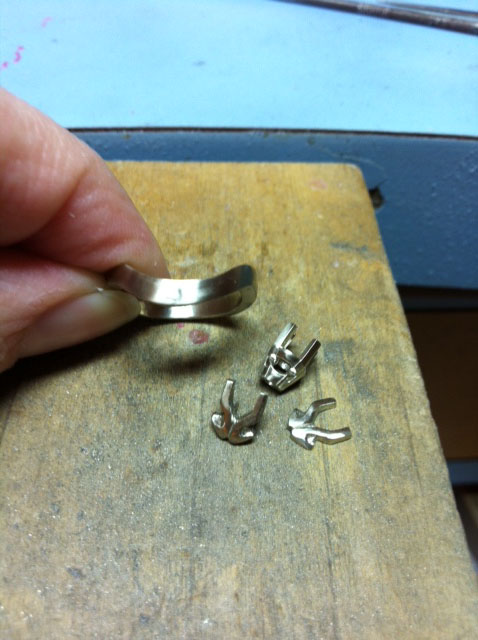 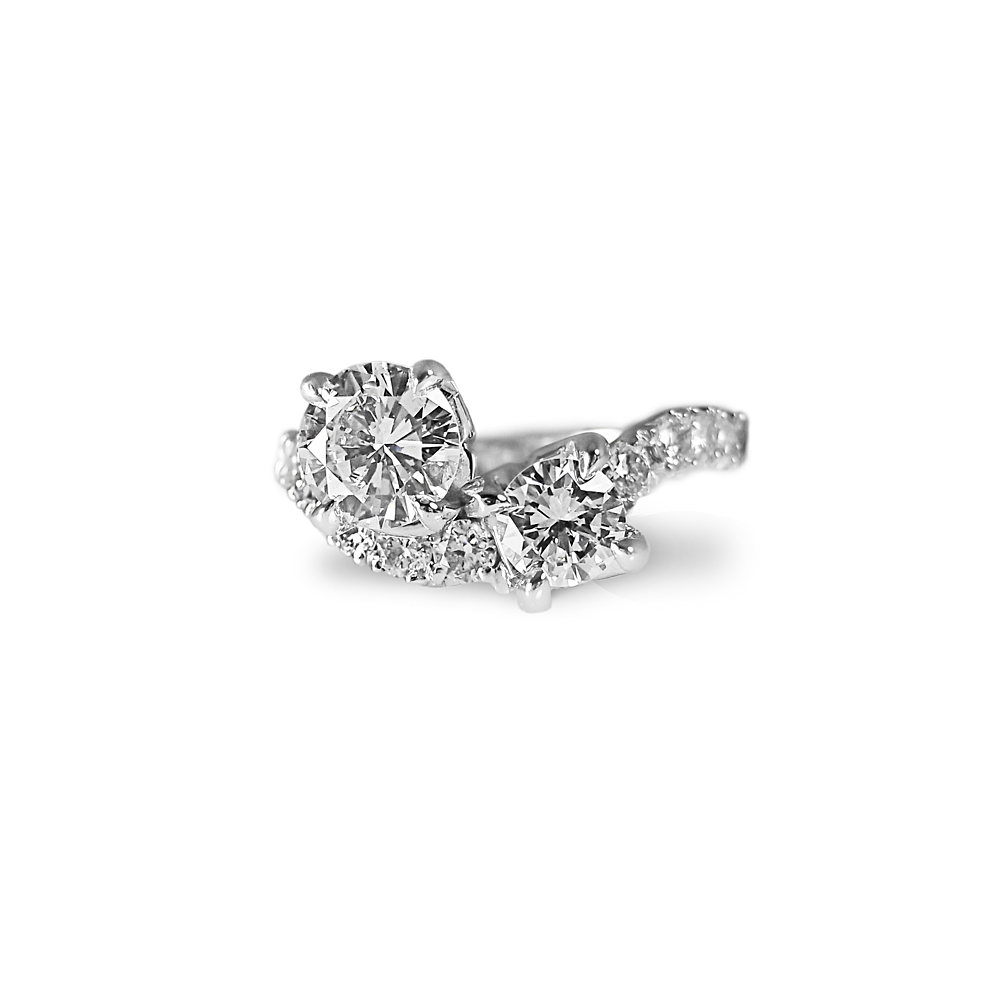 And here’s the side view: 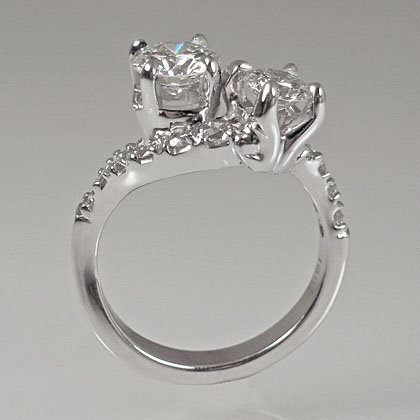 Jackie’s engagement ring is a beautiful wave of diamonds with two lotus flowers dancing around the ring.  A very three dimensional piece that’s complete from every angle and every side!

Cory knows that it took sometime to make this ring.  I completely went off on a tangent of imagination, not knowing technically what I’m getting into, but the end result was made in perfection in every way and every angle!

Making a ring is truly magical. It goes through many... END_OF_DOCUMENT_TOKEN_TO_BE_REPLACED