Courtney and John With Their Wedding Rings

Sometimes, we just have to ride the waves. That is just what Courtney and her fiancé-to-be did when they visited Cynthia Britt for their wedding bands as well as Courtney’s engagement ring.
Courtney wanted a unique engagement ring and a matching wedding band that suited her gentle spirit as well as fit in with her busy life. She was open to suggestions and with my years of experience studying hand shapes, I thought she had just the right type of hand for a wave ring and band. The engagement ring would be symmetric and yet with a bold wave.
The couple wanted the wedding bands first for their ceremony, as it was taking place soon after their initial visit. I didn’t have much time, therefore I made Courtney’s wedding band first. Once I cast the ring in white gold, I took a mold of it in order to create its matching engagement ring. I polished the original wedding band and gave it to Courtney as they were going away for their ceremony. 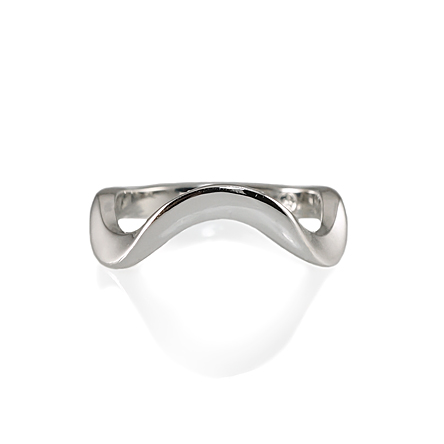 Here’s an image Courtney sent taken during their ceremony: 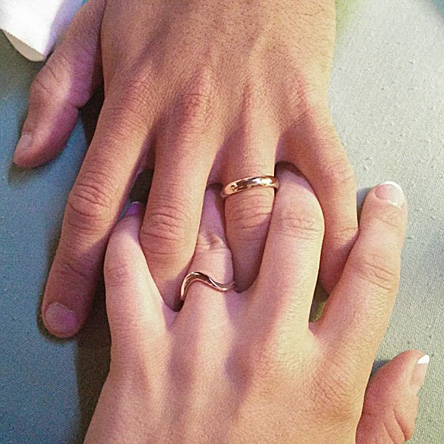 While they were away, I started on her engagement ring. I made another white gold piece and I adjusted the inner side of this second ring so that it nestles perfectly on the outside of her wedding band. Then I attached three baskets on the outer edge of the band. And now the wave ring has a crown! I had the band pavé set with round brilliant cut diamonds that graduate in size along the curves of the ring. The end result is this beautiful, unique wave ring for Courtney. 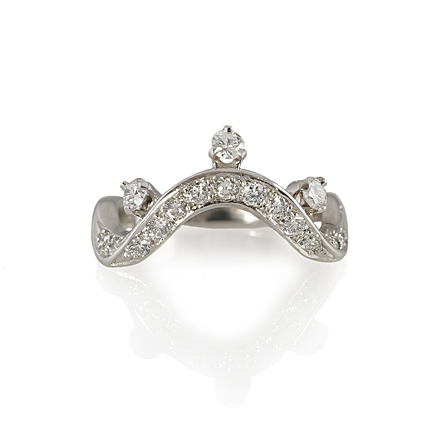 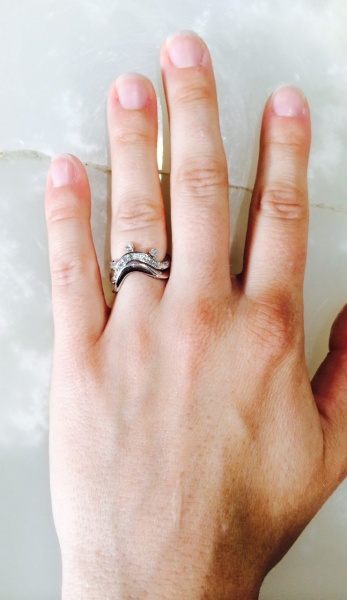 Courtney’s Hand With Her Matching Engagement Ring and Wedding Ring

Congratulations to an adorable couple. It was a pleasure making your rings and working with you!

Making a ring is truly magical. It goes through many... END_OF_DOCUMENT_TOKEN_TO_BE_REPLACED