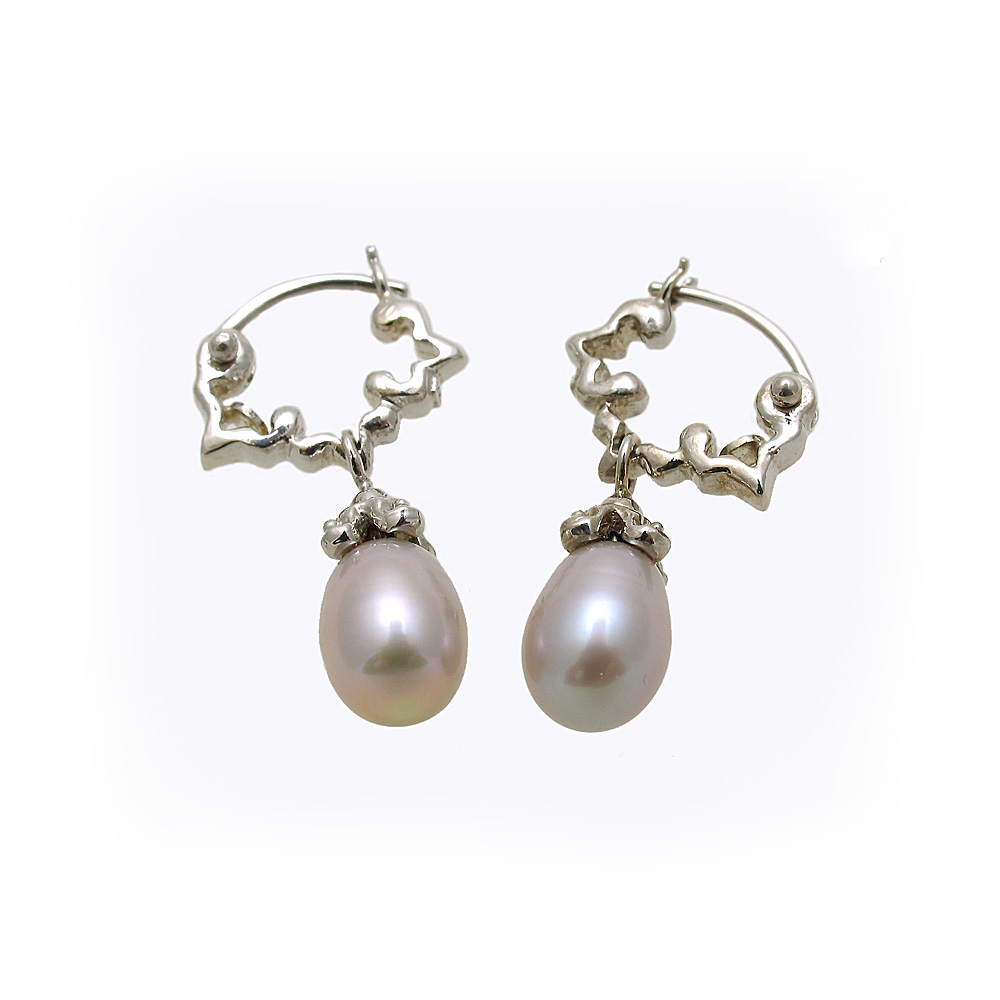 Natural pearls occurred when irritants such as parasites damaged the outer  shell of an oyster and entered into the soft tissue. As a natural defense  mechanism, the oyster produced a coating on the irritant. This coating is the  nacre and it’s built up of many thin layers, resulting in a pearl.

Our fascination and constant search for pearls has made natural pearls  extinct. Today’s pearls are cultured pearls. That is they are made the same way  that natural pearls were made, but with human intervention.

Baby oysters are grown at pearls farms. After they have grown stronger and  larger, about 3 years, they are removed from the water and taken to lab. They  are placed in warm water to relax the oyster. Then the oyster is opened and a  bead is inserted. This is how the bead is inserted; a cut is made in the  oyster’s body, nucleus from the shell of a donor mussel along with a small  amount of tissue from the donor oyster and a little water is inserted. This  stimulates the production of nacre by the oyster. Then the implanted oysters are  returned to the salt water pearl farm. Over the years, pearl exterior starts  forming. First a porous layer forms, then the nacre starts forming. The nacre is  made of micro-layers which are a form of calcium carbonate. These layers are  made of microscopic plates. That’s why when a cultured pearl is rubbed against  teeth, it feels rough.

It takes about 1 to 3 years to harvest the oysters. They are usually  harvested during winter, since the cold water slows down nacre production. Once  the pearl is taken out, the productive oysters can re-planted to produce larger  pearls as the oyster grows throughout the years. The longer the harvesting time,  the thicker the nacre. Thicker nacre is a more valuable and desirable pearl.  Pearls with thin nacres, can be damaged (loose their luster) easily with  perfume, lotion and body fluids.

[…] are a result of a natural living organism and have a porous surface, unlike gems which are results of minerals present in the earth. In order […]

Making a ring is truly magical. It goes through many... END_OF_DOCUMENT_TOKEN_TO_BE_REPLACED