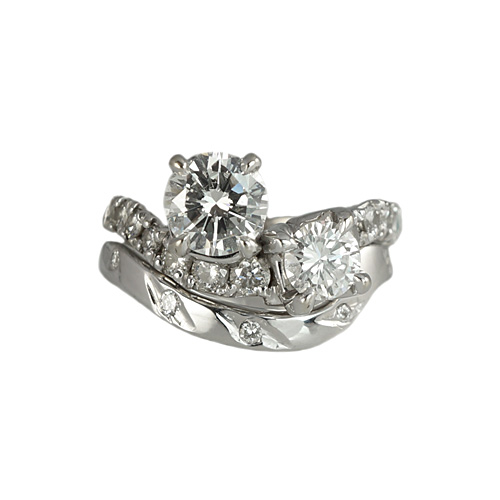 Some things are meant to be together, just as some people are made for each other.
In the case of Jackie and her fiancé, Cory, their love has brought them together for a new life, just as Jackie’s unique engagement ring and wedding band have.
About a year ago, Cory came in to discuss creating a surprise diamond engagement ring for Jackie, one as unique and charming as his intended. He and I discussed Jackie, her personality and lifestyle. The end result was a beautiful wave ring, which I had hand-carved from wax. I made two separate baskets with a flower motif on the sides and attached the baskets to the hand-carved wave band. Cory felt the ring captured the very essence of his lovely fiancée — and clearly, she agreed, as the couple came back to order their wedding bands.
Since I had hand-carved Jackie’s engagement ring, the only way for her to have her wedding band sit flush next to her engagement ring meant that I had to do the same for the wedding band.
It was a task I completed with joy. Jackie left her engagement ring with me and thus, I was able to put the block of ring wax next to it and carve out the shape of the band. 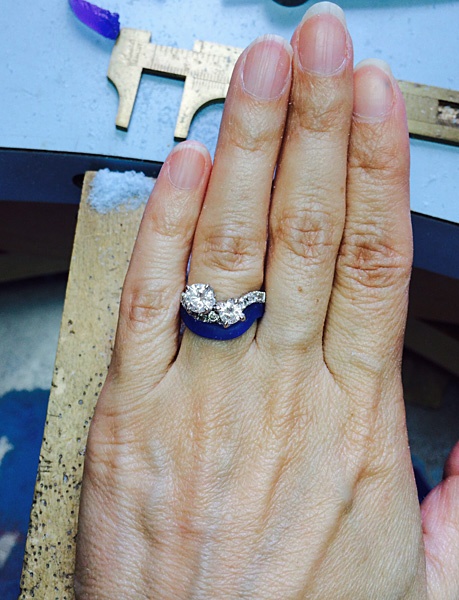 Jackie’s engagement ring has diamonds set on the band. But she wanted to have a different look for her wedding ring. True to her character, she wanted something ethereal and meaningful, and one that at the same time would complement her unique engagement ring.
Once I finished carving the ring, I cast it in 18 karat white gold, the same metal as her engagement ring, cleaned and pre-polished it and then carefully marked the spots where the diamonds would be set. I chose those spots specifically so that when the rings are worn together, the few scattered diamonds on the band actually line up with a diamond on the engagement ring. 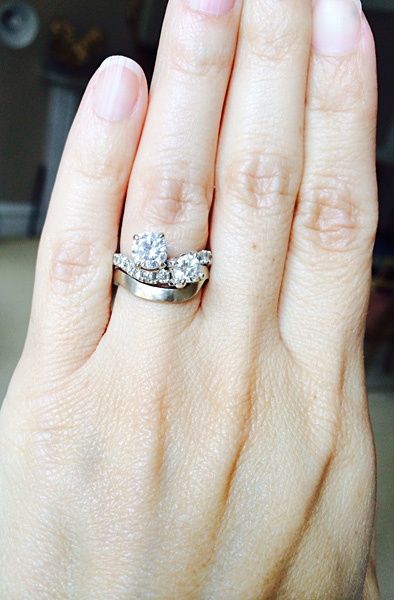 Jackie’s Ring Before Getting Its Diamonds Set

I also had them sent in an engraved style that captures and enhances the wave design of the two rings. When both rings are worn together, they complement each other beautifully, with the engagement ring at the center of attention and the wedding band adding richness and character.

Here’s Jackie’s fitted wave wedding ring with its diamonds set on her hand! 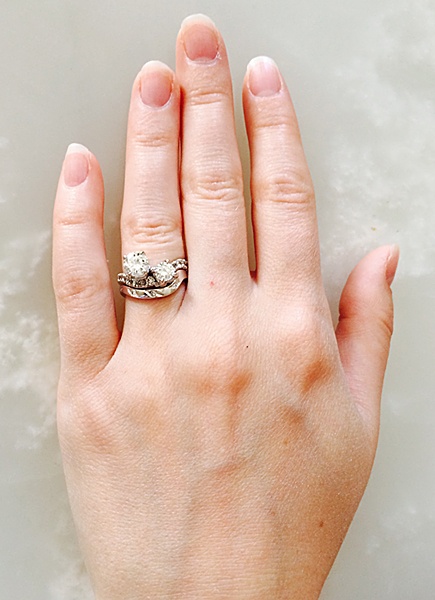 Worn on its own, the wedding band makes its own statement, with diamonds floating and moving along the wave. Even though there are few diamonds on the band, they extend halfway along it and create a perfect balance within the ring with their engraved setting style.

Here’s lovely Jackie with her rings. 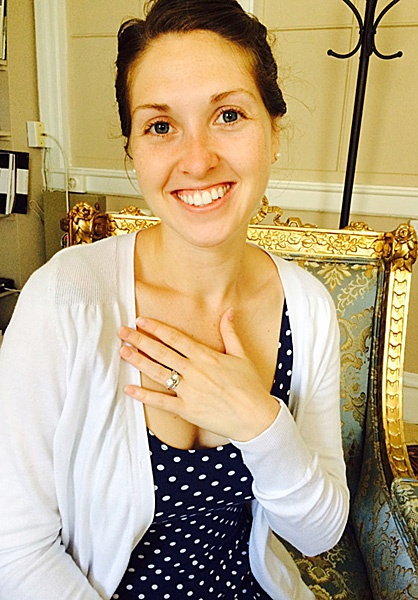 Congratulations to an adorable couple and thank you for giving me the opportunity to make your rings!

Making a ring is truly magical. It goes through many... END_OF_DOCUMENT_TOKEN_TO_BE_REPLACED