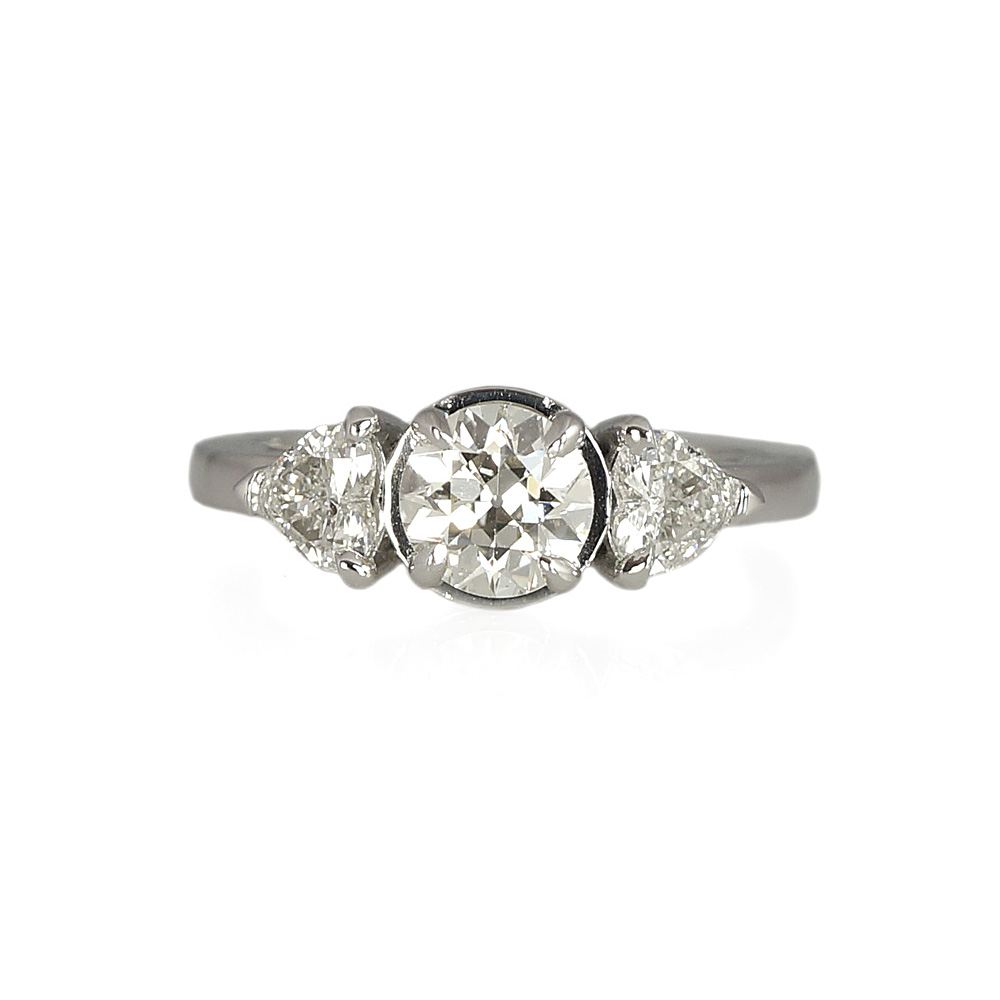 Every ring has a unique story and journey of how it came to be!

Here’s the story on the creation of Rachael’s custom made engagement ring. Rachael’s fiancé had a gorgeous Old European cut, family heirloom diamond. He also knew that Rachael likes heart-shaped diamonds, as she had mentioned before how she likes her mom’s diamond ring with heart-shaped side stones.

All I needed was a couple of photos of Rachael to put the pieces together and design a ring that would be a perfect fit for Rachael’s style. Rachael’s fiancé certainly had no shortage of Rachael’s beautiful images. Rachael is an incredibly adorable and cheerful looking young lady! From looking at her pictures, I suggested a design that would flow, something with lots of movement, such as the waves that ribbons make. Rachael’s fiancé mentioned that Rachael loved to row – that was the missing link and the answer to my idea of “flowing”!

I drew a few sketches that had a very clean and structured top with a flowing, intricate wave design on the sides. Once Rachael’s fiancé picked the design that he believed would be most suitable for her, I started by searching for appropriate size and color heart-shaped diamonds that would match the Old European cut center stone.

Here’s the image of three pairs of matched heart-shaped diamonds that I picked from: 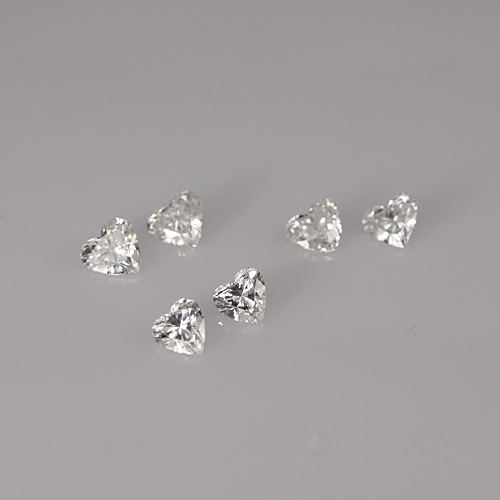 The best pair was the one that I have focused the camera on. Once I picked out the heart shaped diamonds, I started custom making Rachael’s engagement ring. I had the ring cast in platinum and after I cleaned and pre-polished it, I had the engraving artist carve the details of the wave into the cut-out solid wave design that I had previously put on both sides of the ring. Then for the final stage, I had all the diamonds set including a tiny, one millimeter, brilliant cut diamond set in the middle of the two joining waves on either side of the center stone.

Here’s a side view of Rachael’s custom made engagement ring: 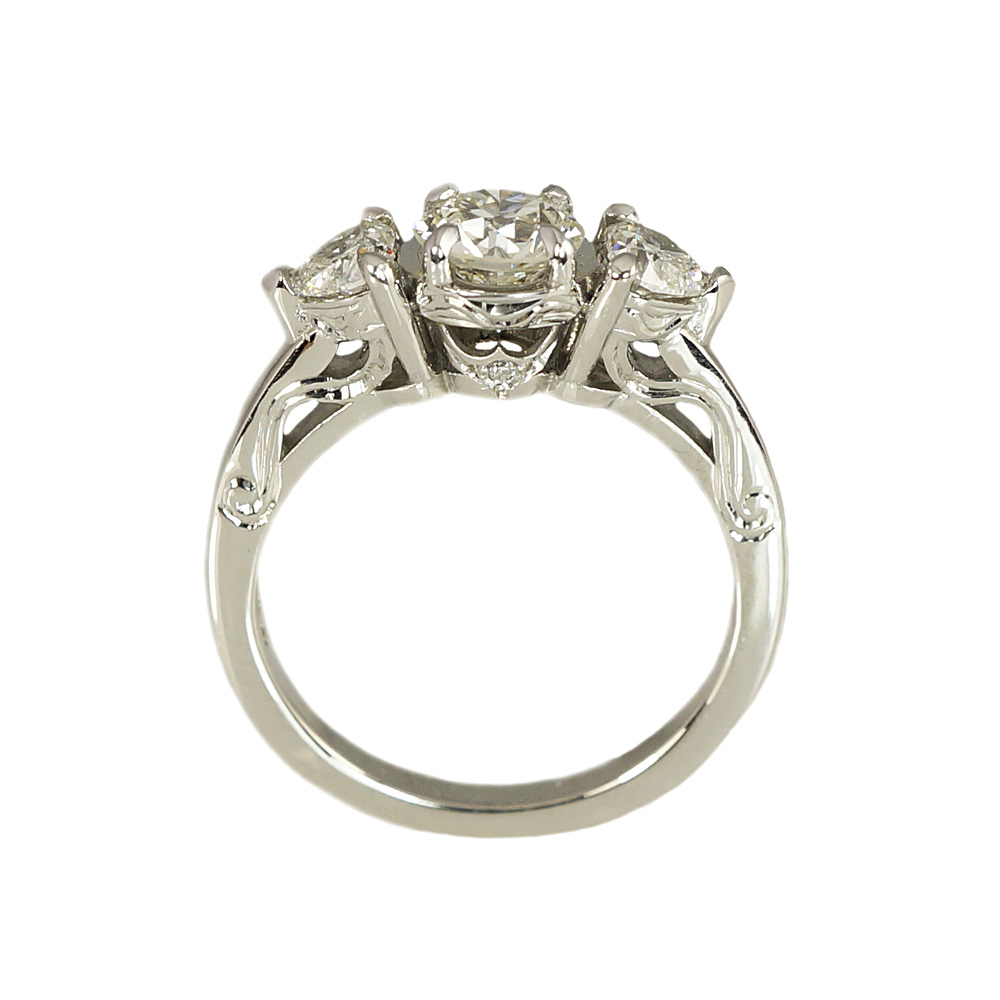 Rachael’s fiancé had a romantic trip, by the ocean,  planned for his proposal where he popped the most beautiful question to incredibly lovely Rachael!

That’s the story of how Rachael’s ring was created and it’s now exactly where it’s supposed to be–on Rachael’s hand!

Congratulations to both of you!
Cynthia

Making a ring is truly magical. It goes through many... END_OF_DOCUMENT_TOKEN_TO_BE_REPLACED