Right before Christmas, an adorable couple, Weilyn and Arthur came to order custom made wedding bands for their rapidly approaching wedding which was going to be in California!  Weilyn’s engagement ring is a beautiful diamond ring with a center round brilliant cut diamond with a halo and diamonds going down the sides in a very pretty U-shape setting.  Here’s an image of Weilyn’s engagement ring:

In order to make a custom wedding band for Weilyn’s engagement ring, she first tried diamond bands with different widths and she chose a band that would have a slightly smaller width than the band on her ring.  One thing that was for sure, is that the setting of the diamonds had to match the setting on her ring.  So I measured the width and height on Weilyn’s ring’s band and chose diamonds that were slightly smaller than hers.  Also, the diamonds on Weilyn’s ring don’t go all the way and there’s a little space which can be used for sizing, if needed.  Here’s an image of the custom made Weilyn’s wedding band:

And here’s a Side view showing the U-Shape setting! 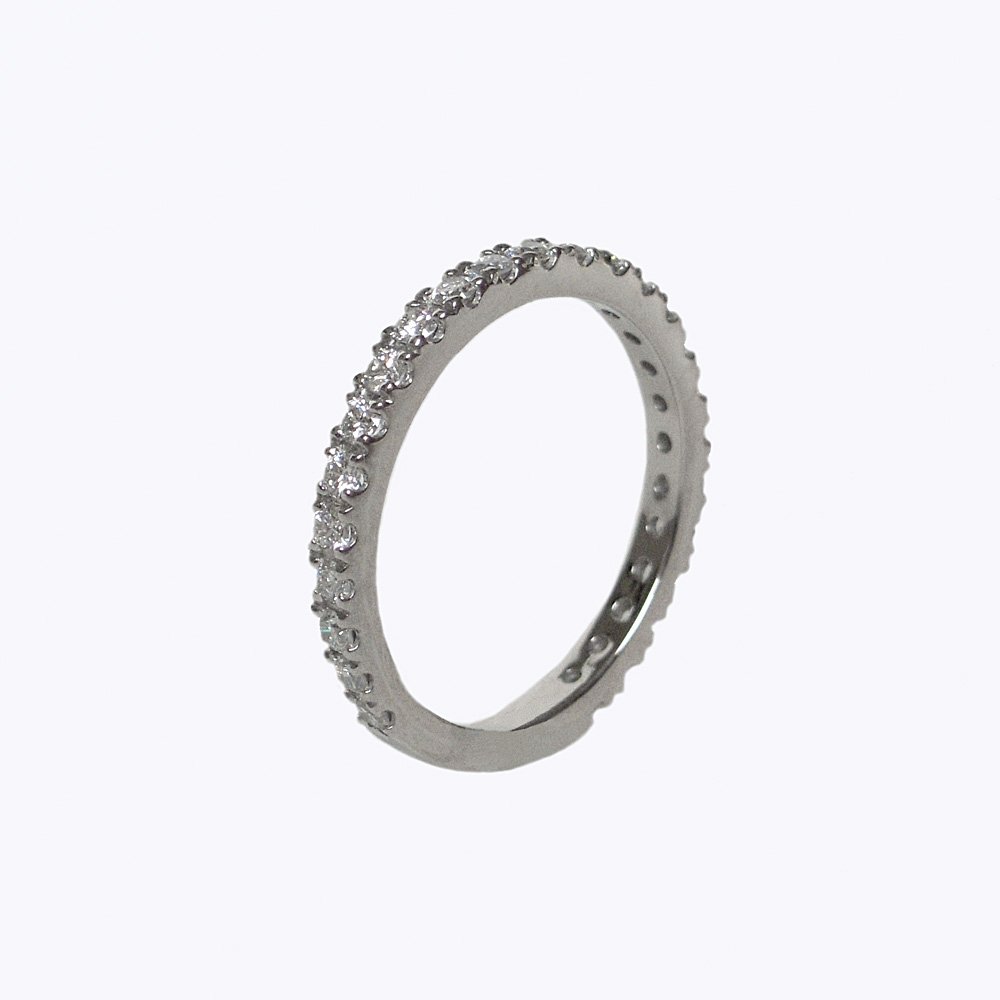 The U-shape setting shows minimum metal and maximum sparkle!…Customized for you!

Arthur ordered a very elegant platinum men’s band with beveled edges and a bushed finish in the middle.  Arthur and Weilyn have since been married and they had a dream honeymoom!!  Congratulations and it was my pleasure to work with both of you.

Making a ring is truly magical. It goes through many... END_OF_DOCUMENT_TOKEN_TO_BE_REPLACED