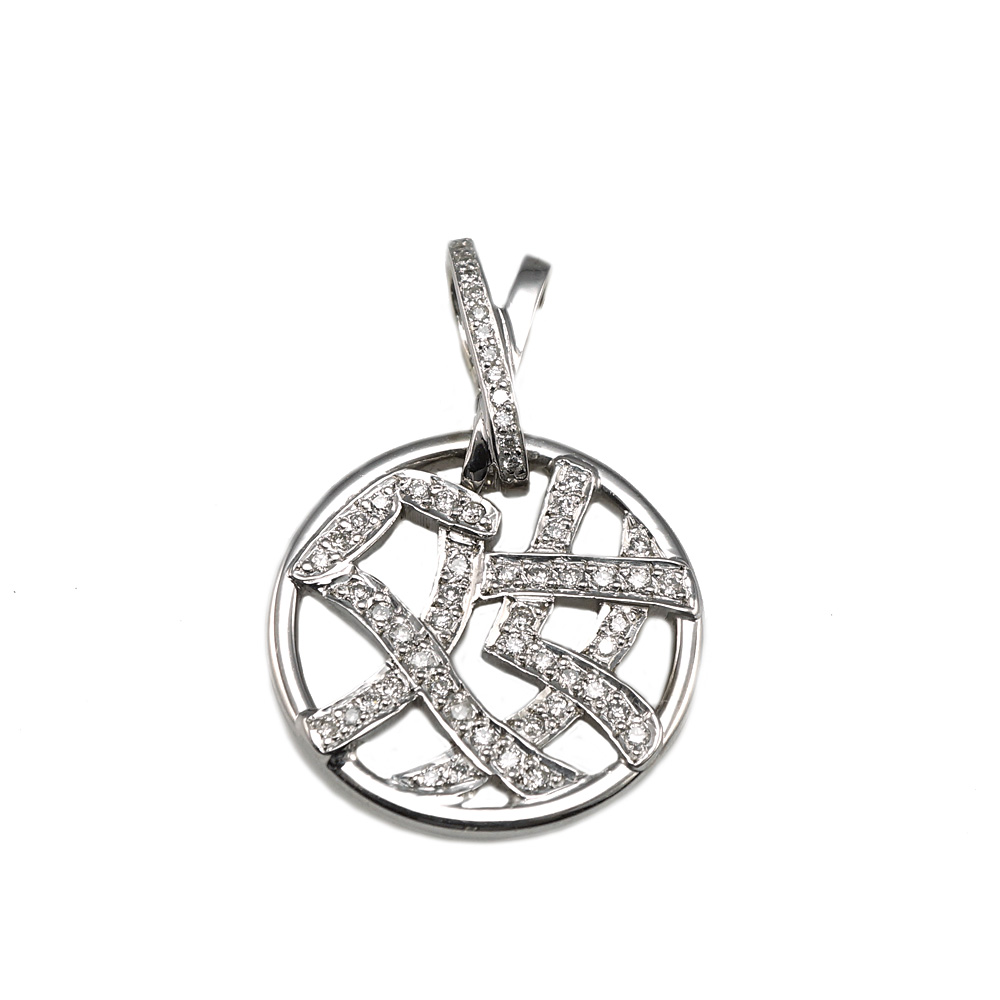 “Father and Daughter” pendant for MacKenzie

This is one of the sweetest and most meaningful wedding gifts I have ever heard of and made!  MacKenzie’s father wanted to give his daughter a diamond pendant for her wedding that would represent father and daughter in Chinese symbols.  Here’s an image of the symbols:

“Father and daughter” in Chinese alphabet

He wanted to have the symbols in a circular pendant that would have a frame and the letters would be set with diamonds.  This is such a beautiful idea for a wedding gift as it represents the ever lasting bond and love between a father and daughter and what a most appropriate occasion to give it _ his daughter’s wedding!

I first sketched a design with detailed description and emailed it to MacKenzie’s father, since he lives in another state.  Once he approved it, I started making the pendant!  I made it into two pieces, to be able to polish the letters and also get a mirror polish on the frame.  Then I hand made a double bale separately to put the chain through: 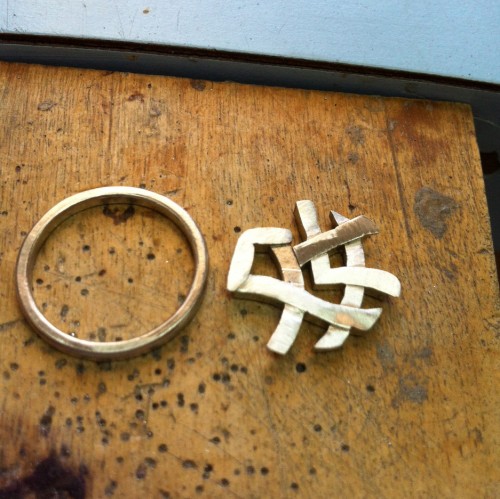 Once the pendant was completed, we choose an appropriate chain, then I shipped it MacKenzie’s father, so he can give his daughter her beautiful and timeless wedding gift.  I hope to get wedding pictures!

I absolutely enjoyed making this pendant, as it was creative and so meaningful and even-though I have never met MacKenzie nor her father, he was an incredibly pleasant person to work with!

Congratulations!  I wish all of you the best!!

I am so grateful that I found Cynthia. After my initial conversation with her about what I wanted to do, I knew I had found the right person to design and craft the piece I wanted to give to my daughter MacKenzie. She walked me through the process all the way and kept me in the loop on the design, and execution of making this exquisite piece of jewelry that can now be an heirloom to MacKenzie’s posterity.

Once finished Cynthia emailed me the photo of the finished piece and I was so thrilled with the outcome that I told her I had three other daughters that I would like to have her do a custom piece for as they get married.

I asked Cynthia to send the finished piece to me by overnight delivery just this past week and upon opening the box and seeing the finished art in my hand, I was overwhelmed with the beauty and fine craftsmanship of what she was able to make for me.

Thank you so much Cynthia for all your hard work and creativity. You have truly exceeded all my expectations. I know MacKenzie will love it and cherish it forever. I will be sure to send you photos of the day along with her wearing the necklace.

Making a ring is truly magical. It goes through many... END_OF_DOCUMENT_TOKEN_TO_BE_REPLACED