In May, I had the wonderful pleasure of being involved in the fundraising event for the maintenance of Armenian Heritage Park on the Greenway in Boston. The event was held at the beautiful Royal Sonesta Hotel Boston.

The Armenian Heritage Park is a gift to the City of Boston from Armenian-Americans and it consists of two key features: The Abstract Sculpture and The Labyrinth. 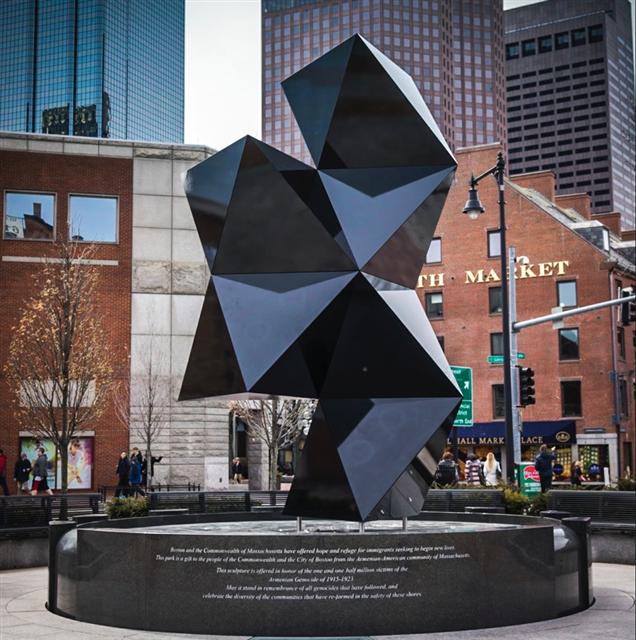 Above is an image of the Abstract Sculpture. It’s a split dodecahedron mounted on a Reflecting Pool. It represents all who pulled away from their country of origin and came to The United States. The waters of the Reflecting Pool wash over its sides and re-emerge at the Labyrinth’s center. The Sculpture is dedicated to lives lost during the Armenian Genocide of 1915-1923 and all genocides that have followed. 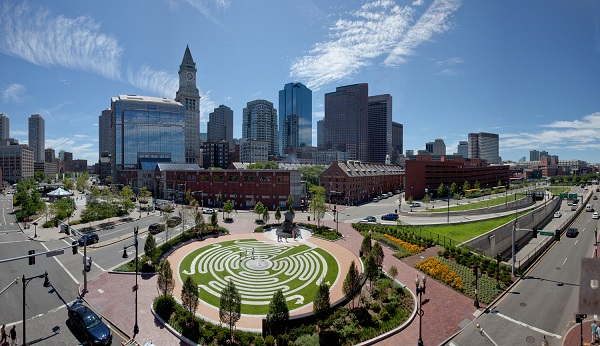 Above is the image of The Labyrinth. It’s a circular winding path paved in granite and set in lawn, and it celebrates life’s journey. There’s a single jet of water in the center, which symbolizes eternity and celebrates hope and rebirth.

The beautifully orchestrated event a the Royal Sonesta Hotel had chefs from fourteen different restaurants including Royal Sonesta’s own kitchen and Dante’s Restaurant in the hotel. Each chef had prepared his/her own creation. I started from Ana Sortun, chef for Oleana, Sofra and Sarma restaurants. For the event, she had prepared a very special chicken appetizer, not served at any of her restaurants, which made me feel even more fortunate to have had the opportunity to try it. In addition to her restaurants, Anna Sortun has prepared foods sold in Whole Foods in the International aisle. Next, I tried the “melt-in-your-mouth” meatballs by chef Dante de Magistris of Dante and Il Casale restaurants. Next was chef Dakessian of Seta’s Cafe in Belmont. She served kebab in a delicious Lavash bread and her adorable mom put the finishing touch by adding their own prepared pickle inside each kebab wrap!

Next was the unforgettable Shepard’s Pie by Jason Reed of Vicki Lee. Everything about about it was delicious. In fact, that was one creation that I had a second serving of. Vicki Lee is located in Belmont, in Kushing Square. Next was a creation prepared by Brian Dandro of Royal Sonesta Hotel’s own kitchen and it was absolutely fantastic! Royal Sonesta hotel’s catering and their managing of the entire event from start to finish was absolutely beautiful and unforgettable. If you haven’t tried one of their restaurant’s yet, I highly recommend them, specially after my experience at The Chef’s Party. In addition to the wonderful food, they truly have one of the best summer dining ambience in their outdoor terrace with the most beautiful view of Boston. Last and definitely not least was the rare tuna coupled with the sweet wasabi sauce prepared by chef Brian Poe, owner of Poe’s Kitchen, The Tip Tap Room and Estelle’s restaurants. This was one of the most delicious and creative appetizers I have had! I highly recommend trying chef Brian Poe’s creations in any of his restaurants.

All great food needs to end with a great cup of tea or coffee and desert and Mark E. Mooradian’s MEM Tea Imports was the perfect choice.  Their cappuccino had an incredibly refined taste and from their tea selection, I tried the camomile tea which was one of the most beautifully refined chamomile teas that I have ever tried! MEM teas are available in restaurants and specialty stores. I have provide a list of where to buy on the link.

For my favorite part, the deserts, there were chefs Nathan Kibarian of the Ritz-Carlton and Gerard Tice of Omni Parker House. Each one presented their equally delicious desert dish. A little history from the Omni Parker House, is that in 1856 Armenian-French chef M. Sanzian created this pudding and cake combination at Boston’s Parker House Hotel. In 1996, The Boston Cream Pie was declared the official desert of Massachusetts. Here are a few images that I took at the event: 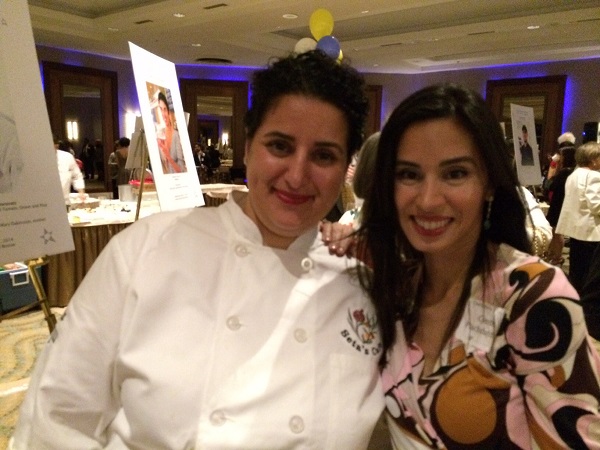 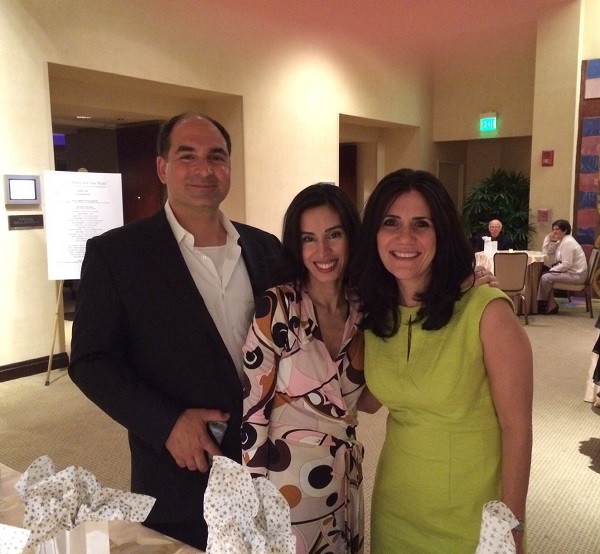 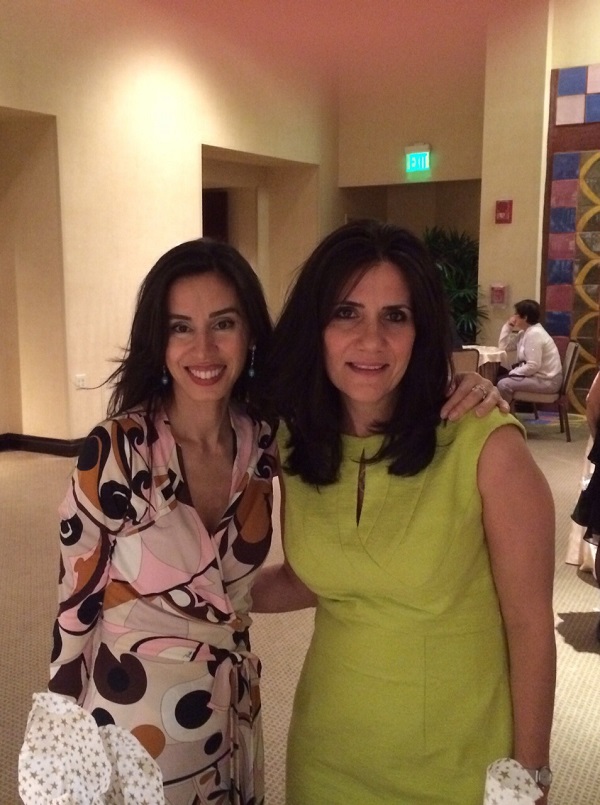 I hope you enjoyed my round-up of the different chefs and their creations which I had the opportunity to have a taste of! If you haven’t been to any of my above mentioned restaurants, I highly recommend trying them!  I have provided the link to their website on their names.

Making a ring is truly magical. It goes through many... END_OF_DOCUMENT_TOKEN_TO_BE_REPLACED