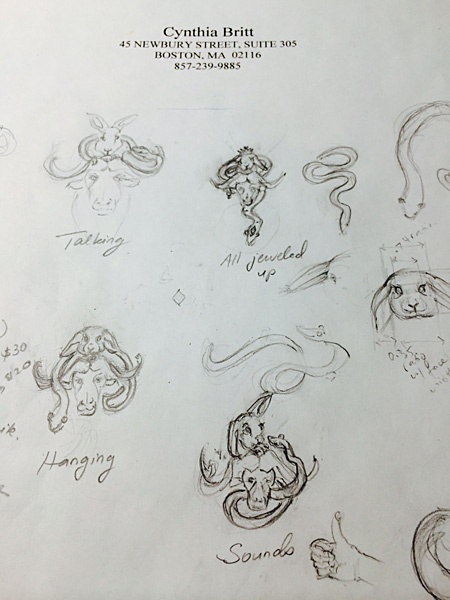 The story behind these three animals is that each one represents a person and all three used to be roommates at one point. The animals are from Chinese zodiac — a rabbit, an ox and a snake. The rabbit and the snake are sisters and the ox is a guy and the third roommate. The Rabbit and the Ox ended up getting married and the result is the Bianca Engagement ring and Bianca Rose Gold Diamond Wedding ring.

For a wedding gift, Bianca’s sister, Carla, the snake in the sketch, wanted to give a meaningful gift. We started with a specific flower that their mom has in her garden and it’s one of Bianca’s favorite flowers. However, Carla wanted something more meaningful and something that represented them as friend before, now and forever. So she suggested a pendant that would represent them in Chinese Zodiac. Above are my suggestion that I sketched for Carla. I named named each one so she would pick the subject that best represented them. The one she picked…”All jeweled up”! That’s the sketch in the top middle, showing the rabbit with a tiara, the ox with an earring and the snake with a gem.

First step was to carve the ox since it was positioned in the middle and it’s size would determine the scale of the rest of the animals. Stay tuned as I show a more detailed sketch of the ox and its carved wax! 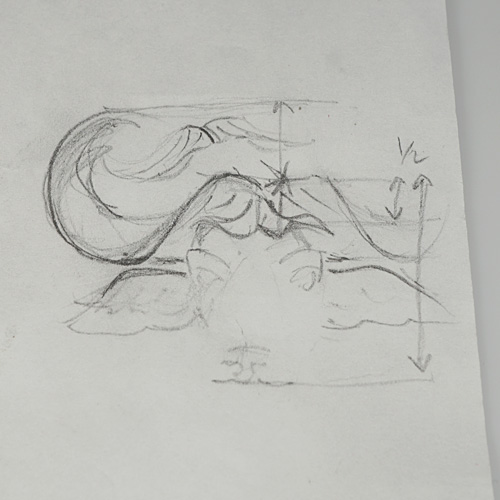 Above is a study of an Ox’s head. I first sketched the proportions of each of his features with correct ratios. Then I carved the head first: 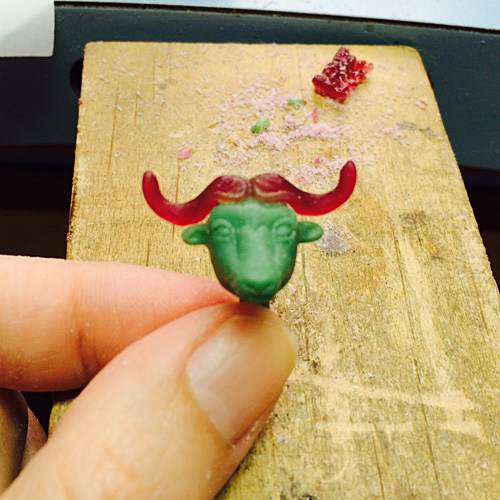 After I was completely done carving the head, then I carved the horns separately and attached both waxes together. I changed the shape of the ears slightly from the drawing as it looked better in sketch and it wouldn’t have cast in metal and looked good. Now my ox is complete! Next, I’m going to post a study of the rabbit’s head and start carving the wax for it…

Here’s my sketch and study of a rabbit’s head: 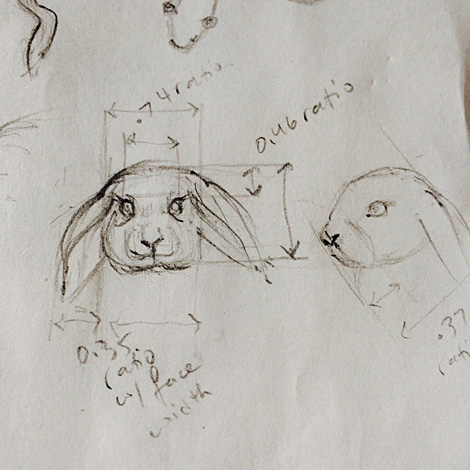 This is the pieces of carving wax that I’m going to carve into a rabbit. I have already made the markings: 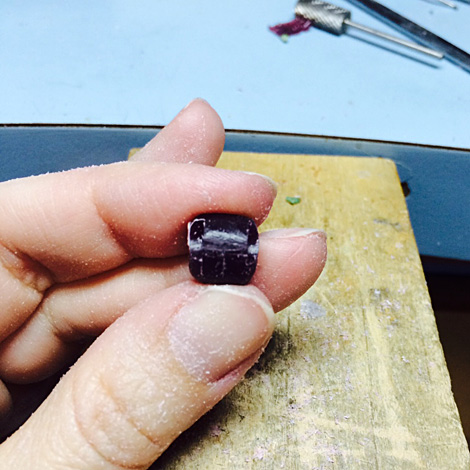 I finished carving the rabbit’s head and here it is: 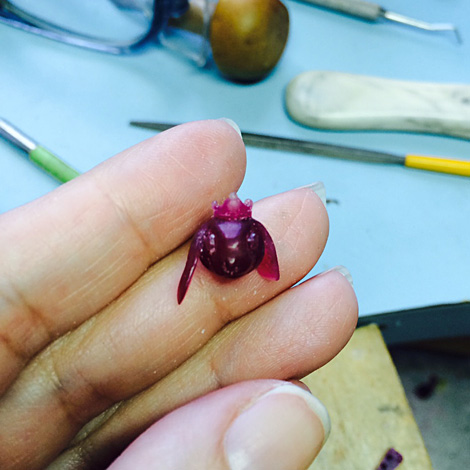 After I finished carving its head, then I made a small crown for it so she would be the crowned rabbit! Next step is to cast the ox in yellow gold and the rabbit in white gold. Stay tune when I come back with the two pieces cast in their respective metals…

Here they are..golden ox and white rabbit with her little crown: 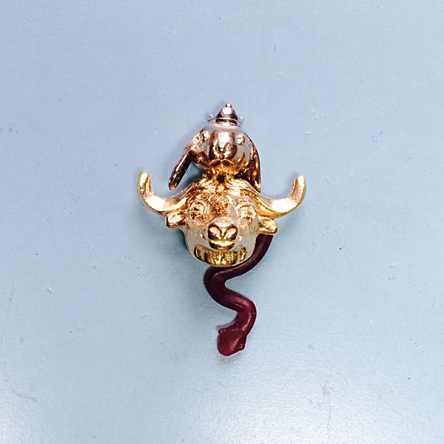 After I had the ox cast in 14k yellow gold and the rabbit in 14k white gold, I cleaned them, polished each piece and then soldered them together. Then I carved the snake as I held the wax on top of the ox’s head so it would fit right next to it and I made it curve curve under his chin.

The last step is to cast the snake in rose gold and attach it to the ox. When I come back the animal pendant will be completed!

Finally it’s completed..a beautiful and meaningful wedding gift from one sister to another! 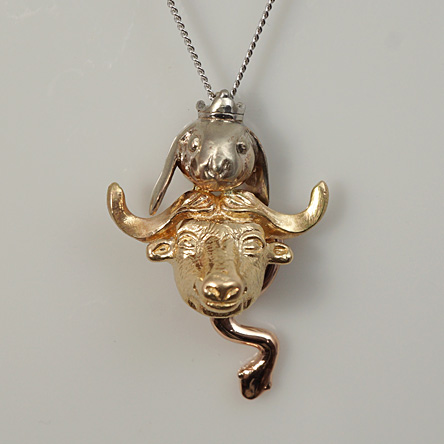 White rabbit, golden ox and rose gold snake! We decided to add the gems later on. As for now, they are all happy together. This pendant takes meaningful to a new level — a very fun gift and definitely a conversation piece!

Making a ring is truly magical. It goes through many... END_OF_DOCUMENT_TOKEN_TO_BE_REPLACED